Tour of the Church 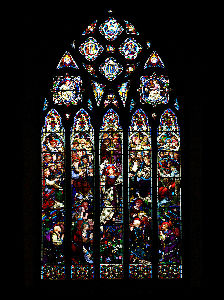 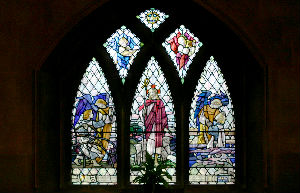 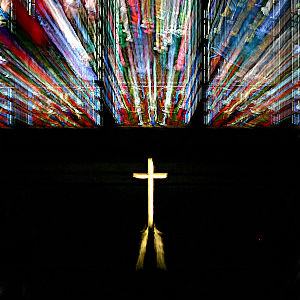 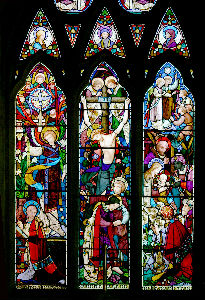 Stained Glass - Tour of the Building

As you enter the porch from the main entrance of the church, facing you is the Porch Window depicting Jesus' story of the Pharisee and the publican coming to worship God. Below the window is a marble memorial to the members of the parish who gave their lives in the First World War 1914 - 1918. 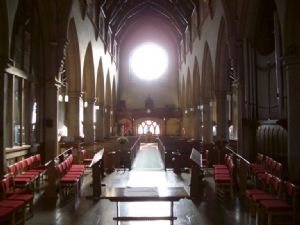 On passing through the glass panelled doors from the porch, you enter the main building at the west end. To the left is the gallery, above which is the Rose Window. 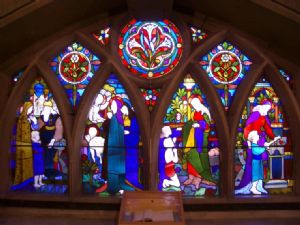 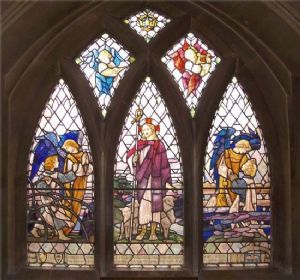 Next on the left is the choir vestry and facing you the north porch. Turning right down the north aisle leads to the North Side Window, which commemorates Edward Arthur Harding, who died in a flying accident in 1946. It depicts Jesus as the Good Shepherd sending angels to guide us from life's thorns to a place with streams of living water.

The window in the North Transept, another added in the twentieth century, is in memory of George John Cassio and shows Jesus and children of all nations. It is based on a well known picture of Jesus embracing children.

The East Window in the Chancel depicts Jesus as the bridge between earth and heaven in his ascended glory but with the scars of his crucifixion in hands and feet. Heaven and earth are separated by a rainbow, the sign of God's faithfulness. On earth Mary appears kneeling in prayer with the apostles. In heaven are innumerable saints and angels worshipping Christ as God and every crevice of the stonework has an angel face peeping out. At the top is the lamb and the four living creatures representing the four gospels.

The Chapel Window again has Mary as its theme (and Mary Magdalene and Cleopas for good measure). It has three panels with the Annunciation on the left, the Cross in the centre and the Adoration of the Shepherds and Magi on the right.

Leaving the Chapel along the South Aisle leads to the South Side Window - a war memorial for all those who fell in the Second World War. It depicts Jesus stilling the storm in the centre, on the left a blacksmith beating swords into ploughshares and harvest on the right. It is by Veronica Whall, who also executed the North Side Window.